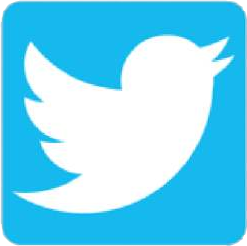 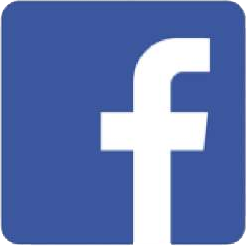 Application of Fumed Silica in Resins

(Summary description)Today, with the rapid development of technology, more and more new materials have been going mainstream in various applications. Among them, resin-based composite is a new material that has seen wides

Application of Fumed Silica in Resins

(Summary description)Today, with the rapid development of technology, more and more new materials have been going mainstream in various applications. Among them, resin-based composite is a new material that has seen wides

Information
Today, with the rapid development of technology, more and more new materials have been going mainstream in various applications. Among them, resin-based composite is a new material that has seen widespread use.
As a fiber reinforced material based on organic polymer, resin matrix composite generally contains fiber reinforcements such as glass fiber, carbon fiber, basalt fiber or aramid fiber. In terms of resins, it generally uses epoxy resins and unsaturated polyester resins, including thermosetting resins, thermoplastic resins and various modified or blended substrates.
Resin matrix composite is widely used in the aerospace industry, automobiles, pressure vessels, wind power blades and marine industries.

Resin matrix composite has seen widespread use due to characteristics such as light weight, high strength and corrosion resistance. However, with the rapid development of science and technology, people began to seek resin matrix composite with better performance in aspects such as strength and service life. With the introduction and increasingly extensive application of a nano-inorganic material called fumed silica (also known as pyrogenic silica, colloidal silicon dioxide), people are starting to see its great potential in the modification of traditional resin-based materials.

Scientific experiments show that it's entirely possible to comprehensively improve the performance of resin-based material by fully and evenly dispersing fumed silica powders into the resins, which mainly achieves effects as follows:
1. Greater strength and tensile elongation. Epoxy resin is the basic resin material. The structure formed by adding silica soot to epoxy resin is completely different from that of epoxy resin matrix composite with coarse-grained silica (silicon dioxide, etc.). Coarse-crystalline SiO2 is generally added as a reinforcing agent and mainly distributed between the chains of polymers. Due to characteristics of seriously insufficient coordination on the surface, huge specific surface area and lack of oxygen on the surface, fumed silica shows extremely strong activity and is easy to bond with oxygen from epoxy ring molecule, improving the bonding force between molecules. At the same time, some fumed silica particles are still distributed in the voids of the polymer chain, resulting in very high level of fluidity, much higher than that of coarse-grained SiO2 particles. As a result, epoxy resin materials with fumed silica enjoys greatly improved strength, toughness and ductility.
2. Higher wear resistance and better surface finish. Fumed silica particles are 100-1000 times smaller than SiO2 particles, adding which to epoxy resins helps achieve better wire drawing property. Due to its high fluidity and small size effect, fumed silica help to improve the fine-grained density of the surface material and reduce the friction coefficient. Due to aforesaid benefits and the high strength of nanoparticles, the addition of fumed silica allows the material to have greatly enhanced wear resistance.
3. With respect to practical applications, poor resistance to aging is a fatal weakness of epoxy resin matrix composite, and the main reason for which is that solar UV rays of middle to long wavelengths (280-400nm) are quite destructive to the resin matrix composite and UV-induced degradation of the its polymer chain will lead to rapid aging of the material. As fumed silica is very effective in reflecting ultraviolet rays, adding it to epoxy resin can greatly reduce UV-induced degradation and therefore help delay the material aging.
As an extremely re-fined amorphous inorganic nanomaterial that is obtained through the hydrolytic condensation of halogenated silane in high temperature oxyhydrogen flame, fumed silica boasts excellent stability and better properties in respect of reinforcement, dispersion, thickening and thixotropy, and thus plays an irreplaceable role in applications across many disciplines and fields, including the resin matrix composite, a currently very popular area.